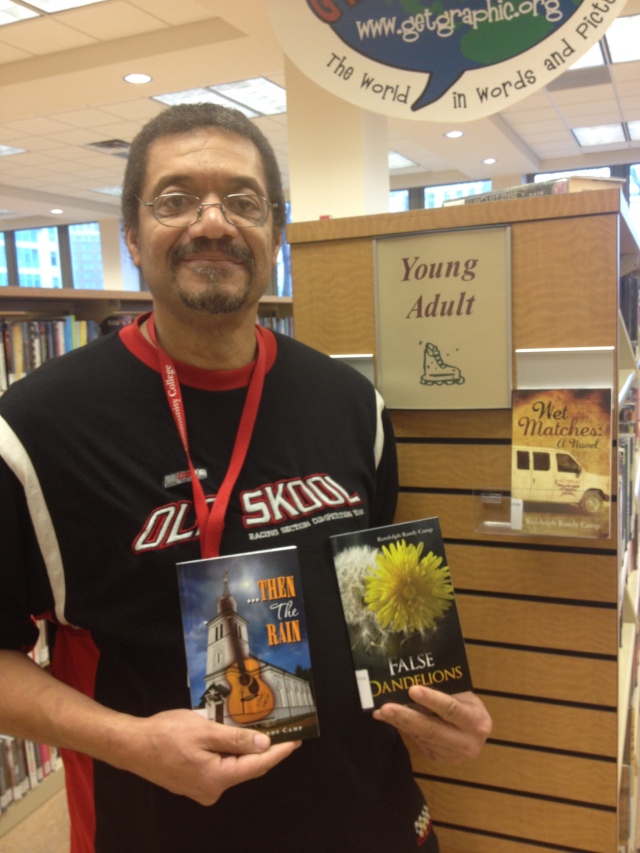 For those of you out there going through rough n’ tough times but yet you’re not cursing at the world and not cursing at those around you, well, that takes a lot of strength and you have a lot of class. When I was younger I used to blame others sometimes for my own doings but now I know exactly where to point my finger…at myself. What I’ve learned from my past misgivings and mistakes is that my focus now should be on not what took place yesterday but what am I doing today and what will I do tomorrow.

NEW K.A.N.S.A.S. Dissatisfied with the way the adults are running the nation, a well-organized, underground society of intelligent kids demand the right to vote and to be given their own statehood or else. (The kids believe that voting should be based upon a person’s IQ, not their age.
Synopsis: ‘NEW K.A.N.S.A.S.’ (Kids’ Alliance National Society And Sanctuary): Discouraged with his lack of ability to control his own destiny fueled by his parents’ divorce and already fed up with the way the adults are running the country, a twelve year old boy forms a society to give children the Right to Vote and attempts to establish their own State in which to do it. All hell breaks when the U.S. Government starts to hunt down the leader and his underground network. In the meantime, the secretive children’s society is growing to an unbelievable size and there’s no stopping them now! TAGLINE: “Don’t underestimate the power of kids”
Although I’d originally wrote ‘NEW K.A.N.S.A.S.’ as a live action feature, it could also work as an ANIMATED feature-length movie as well. (The ‘Kansas’ in NEW K.A.N.S.A.S. stands for Kids’ Alliance National Society And Sanctuary)
U.S. Copyright: PAu002651984 (Original Screenplay Draft/ Author: Randolph Camp)
Learn more at AUTHORS DEN http://www.authorsden.com/randolphrcamp and WRITERS NET http://www.writers.net/writers/81919

DON’T GIVE UP! KEEP WRITING! If you’re a writer in your heart of hearts, then write ’til your fingers are numb. There have been times when I’d felt like throwing in the towel and giving up on my writing dreams, but even after stuffing all of my writing materials underneath my bed and deep into my closet, only two days later there I was digging it all back out again. Even after scanning through your pile of rejection letters, you must (and you will) find the inner strength to fight discouragement. Take your rejection letter and turn it over to use the backside as scrap paper and keep writing. If you’re a screenwriter, you must envision the audience watching your movie as you’re currently writing it. If you’re a novelist, you must envision your readers physically holding and reading your book as you are presently writing your first draft. – Randolph Randy Camp

During his summer break, a kid detective helps the local cops solve a murder in rural Virginia.
‘TONY’S BIKE’ Plot/Summary:
Ever since Ricky Curtis was six years old he wanted to be an investigator. Now, at twelve years old, Ricky runs his own Private Investigator Agency out of his bedroom. Thus far, most of Ricky’s cases have centered around missing bikes. Ricky and his new sidekick, twelve year old Sheila, are caught off-guard when they discover a murder while investigating a stolen bike case. Realizing that young Ricky Curtis knows the backwoods better than they do, the local cops gladly accept his assistance in solving this heinous crime.
TONY’S BIKE, Original Screenplay Draft, U.S. Copyright Office Reg# PAu 002013080, Author: Randolph Randy Camp